Celebrating Saint Nicholas – The Life and Legends of the Original St. Nick

Once upon a time, in a land that borders the Mediterranean, a baby was born that ultimately influenced the lives of Christians around the world. No, not the baby Jesus, but another baby who went on to live an exemplary life and who also has a strong connection to Christmas. I'm talking about a baby named Nicholas – who eventually became known as St. Nicholas of Myra – upon which the character of Santa Claus is based.

Here's everything you need to know about the life and legends of the original St. Nick.

The History of St. Nicholas of Myra

Born to wealthy Christian parents of Greek descent in a city called Patara around 270AD, young Nicholas led a privileged childhood but was taught to be kind and generous to those less fortunate. His parents died when Nicholas was still a child, and he was raised by an uncle who groomed him for a life of unfailing piety.

When he was about 18 years old, Nicholas left his home on Turkey's south western shore, and made a pilgrimage to the Holy Land where he walked in the steps of Jesus and continued his spiritual education. After returning home, he settled in the city of Myra (modern-day Demre), remaining devout, even when imprisoned by Emperor Diocletian for his Christian beliefs.

Whether it was by fluke or provenance, he was elected bishop of Myra when he was about 30, and used his position to improve the lives of citizens of the area. As bishop, he petitioned Emperor Constantine for lower taxes on the people of Myra, he collected and distributed food during periods of drought and famine, and he donated money to the needy. He also worked diligently to spread the word and teachings of the church, and destroyed shrines and idols of pagan religions.

In 325AD, Bishop Nicholas is believed to have been an attendee at the first Ecumenical Council of Nicaea, a group established by Emperor Constantine to settle the fundamental creed of the Christian church. Nicholas was so passionate in his belief in the divinity of Christ, he struck another bishop (Arias) for suggesting otherwise, and was removed from the Council. (He had quite a reputation for being a fierce and defiant defender of church doctrine.) 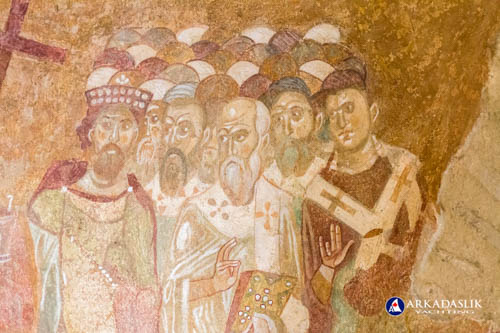 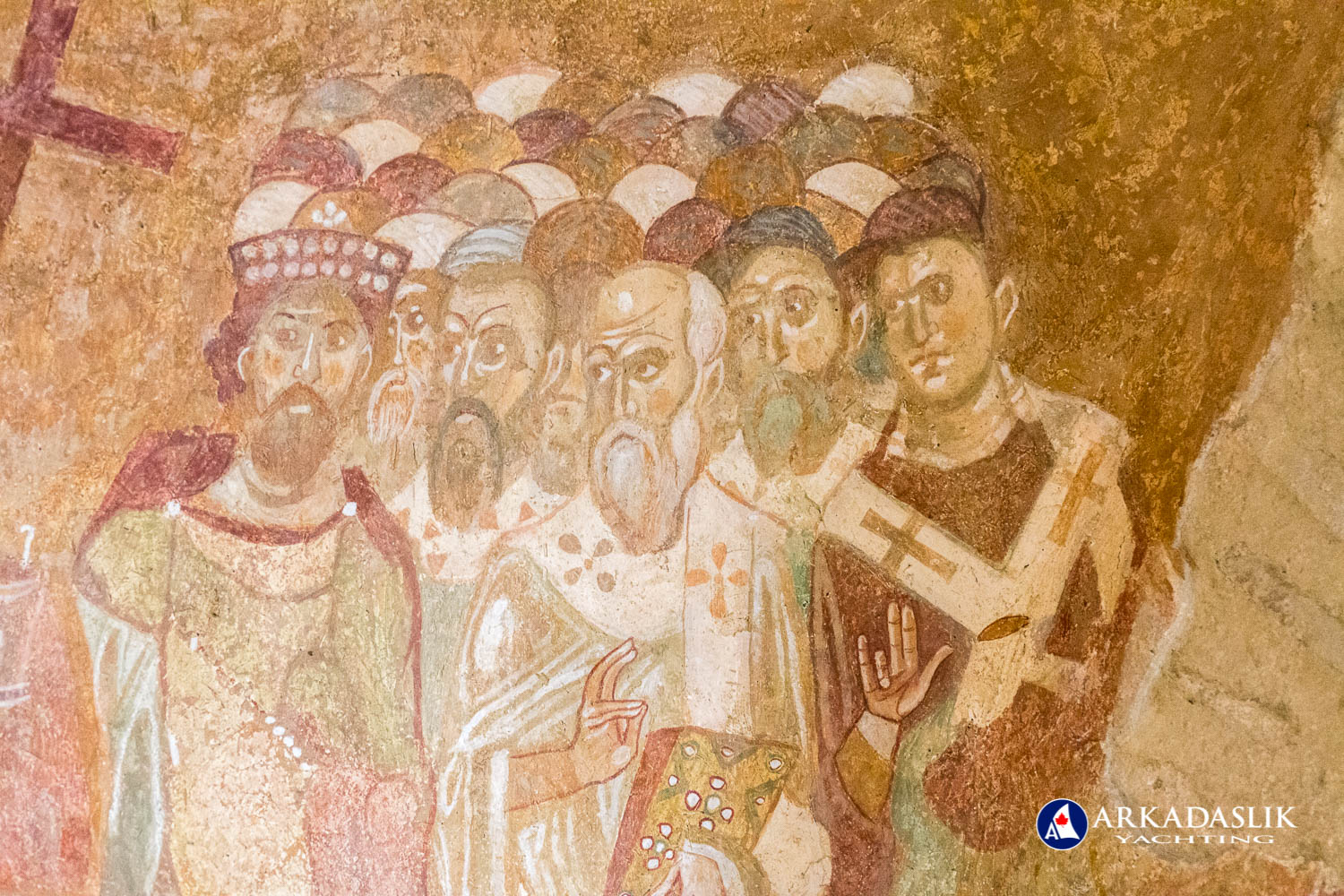 Nicholas is believed to have lived a long life and died peacefully on December 6, 343AD.

The Most Notable Miracles of St. Nicholas

There are few accurate historical records from the 4th century and most accounts of Nicholas' life were written centuries after his death. As a result, is virtually impossible to know which legends attributed to Nicholas of Myra are actually true, and which are fanciful. But, legends are usually based on real events, even if somewhat embellished. So here are a few that have stood the test of time:

Calming of the Waters – during his pilgrimage journey, Nicholas' ship was in a deadly storm. The sailors onboard feared for their lives, but Nicholas quietly prayed for safe journey and the waters miraculously calmed without death or injury to anyone on the ship. Now this may sound like a tall-tale, but there must have been a kernel of truth to it because the story spread quickly amongst sea-faring sailors.

As a result of this story, St. Nicholas is associated with safe voyages and protection from storms, and is the patron saint of sailors. 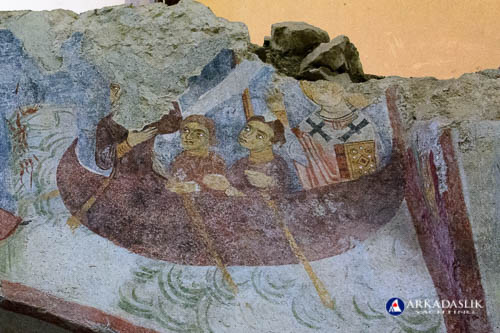 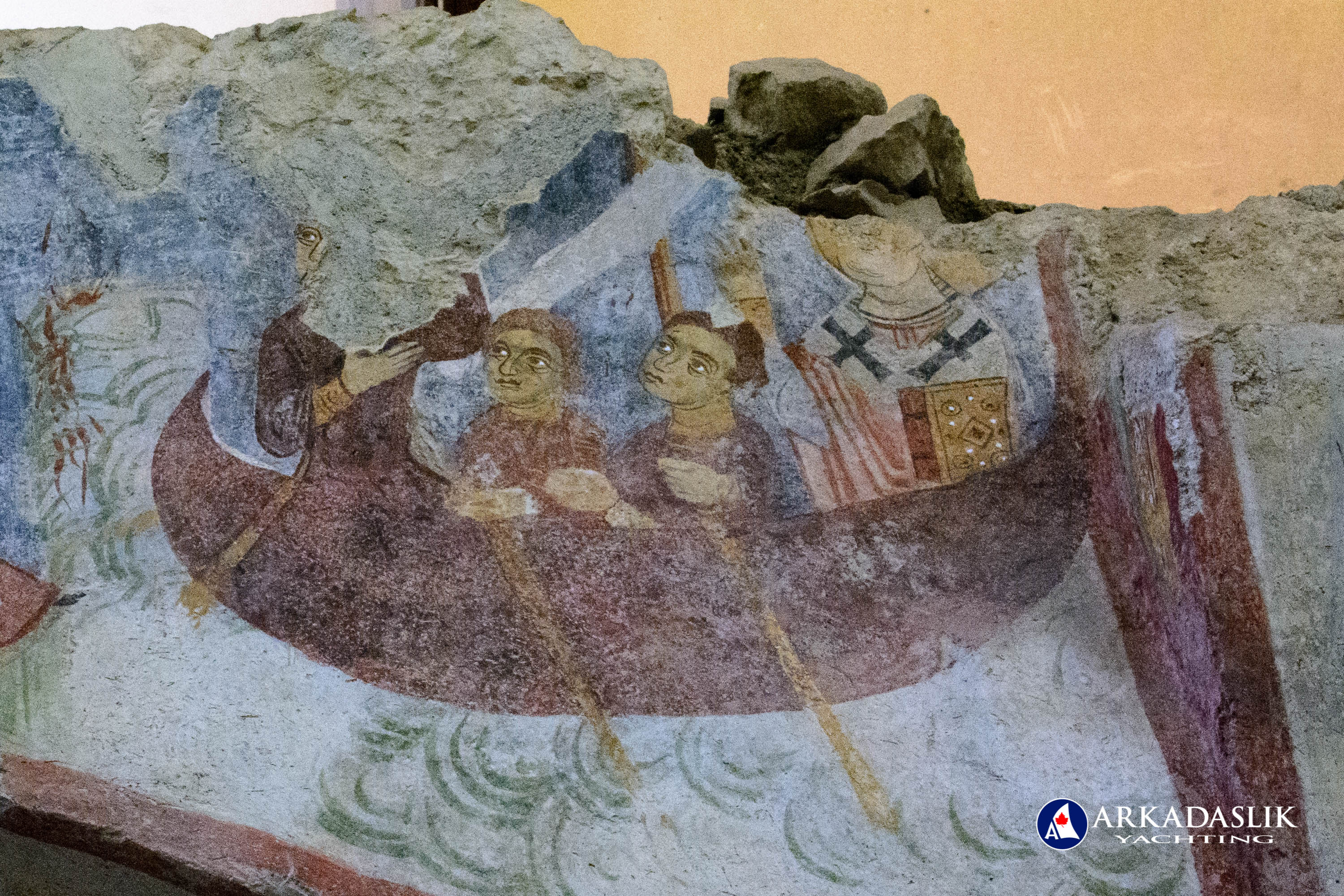 The Three Girls – A man in Myra had three daughters, but was too poor to provide a dowry for them to marry. Times were tough, and the man contemplated selling the girls into prostitution so he would no longer have to feed and clothe them. Hearing of the young women's plight, but not wanting to humiliate the family into accepting charity, Nicholas secretly threw a gold coin through their window (or, some say, he dropped a gold coin down their chimney) in the middle of the night. This was enough to provide for a dowry for one of the girls – eliminating the need for her to enter into a life of prostitution. Nicholas repeated this act of charity to the family twice more, so all the daughters could be married off.

This could simply be a story with a moral. But, during the Roman Empire, women's rights were practically non-existent, which makes this story particularly poignant and real.

As a result of this story, St. Nicholas is acknowledged as the patron saint of prostitutes, young women, unmarried people, and newlyweds. And, the legend may also be the foundation of the tradition for hanging stockings by the chimney on Christmas Eve.


These next two feel more like fables than actual accounts, but that's just my personal opinion:

The Three Children – Times were tough and a butcher lured three children into his home, then killed them and pickled them in a barrel of brine, intending to sell them off as pork. St. Nicholas saw through the ruse and resurrected the children.

To this day, St. Nicholas is acknowledged as the patron saint of children and hoopsters (barrel makers). 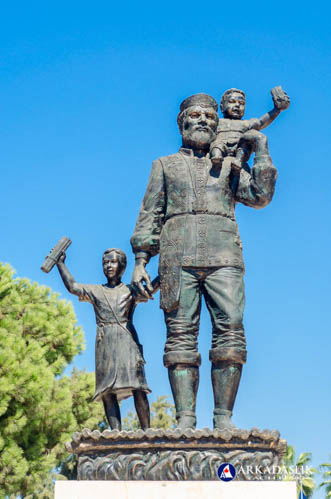 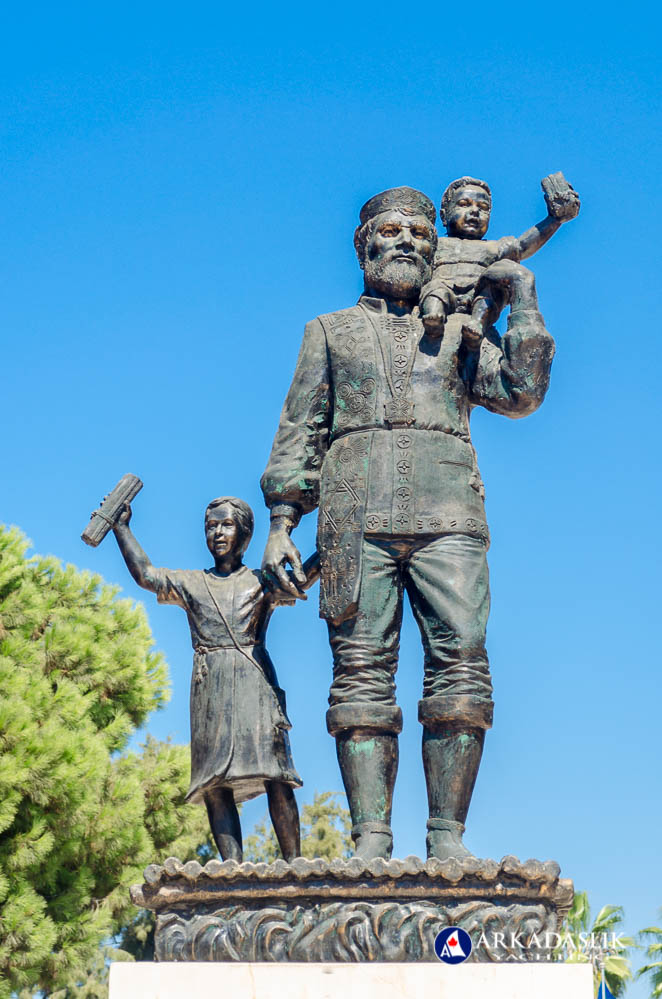 The Three Innocents – Nicholas is said to have interrupted the execution of three innocent men and chastised a juror who accepted a bribe to find them guilty.

Saint Nicholas is the patron saint of prisoners and the wrongly condemned.

After he died, Nicholas' body was placed in a sarcophagus under the church in Myra where he had served most of his life. (It is also believed that his remains were entombed at Gemiler Island for a period of time before being moved back to Myra to protect them from Arab forces.) Because his reputation as a benevolent miracle worker spread quickly, Christians started making pilgrimages to the shrine housing the saintly man's remains shortly after his death.

Control of the Myra region shifted to the Seljuk Turks in the mid-11th century and there were concerns that pilgrimages to the St. Nicholas shrine would become dangerous or impossible, or that the shrine would be desecrated. So a group of Italian merchants organized a "rescue" of his bones from the sarcophagus in Myra. The remains were transported by sea and arrived in Bari on May 9th, 1087, the date recognized by Western Christians as the date of Saint Nicholas' "translation". (Eastern Orthodox Christians and Turkish still consider the removal of his bones from Myra as an act of theft, and the Turkish government has, unsuccessfully, requested their return.)

Although the Western Church firmly believes that the bones in Bari are those of Saint Nicholas of Myra, there is on-going dispute by scientists over which tomb in the original church actually housed the saint's remains. As recently as 2017, a new tomb was discovered under the St. Nicholas Church in Demre which some believe may be Bishop Nicholas' final resting place. I guess we'll never know…

A small relic box containing a few bone fragments which are believed to have been left behind by the Bari grave-robbers is on display in the Antalya Archaeological Museum, but no laboratory testing has been performed to confirm their authenticity. 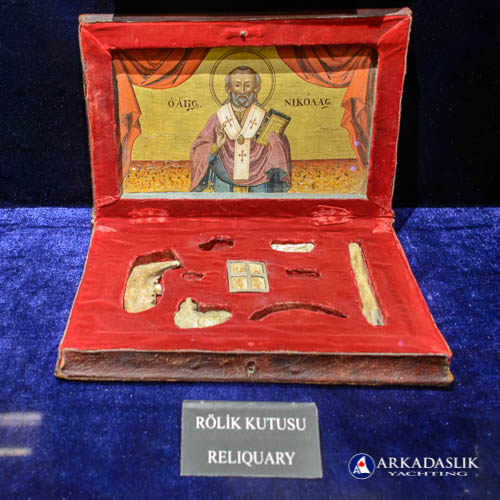 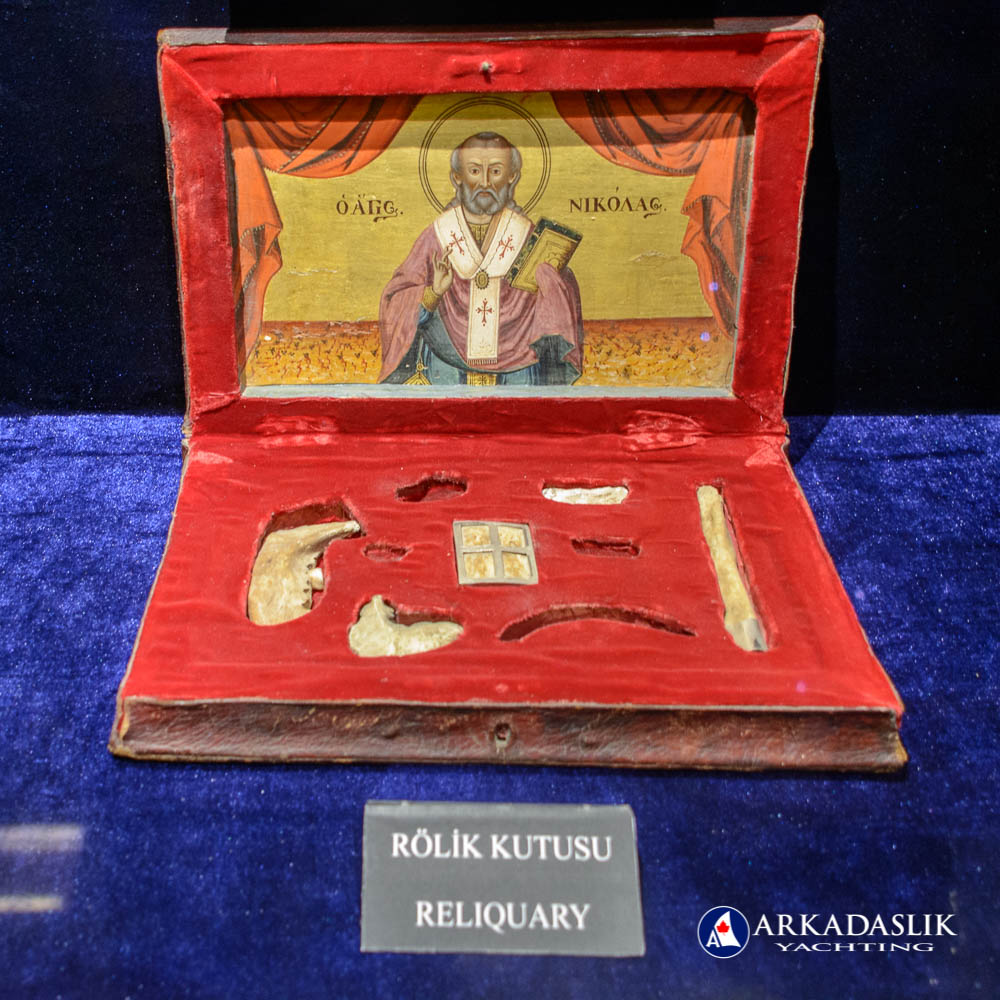 Nowadays, millions of visitors attend the St. Nicholas Church Museum in Demre to pray to the saint each year. (Because of access issues, a much smaller fraction visit the ruined church on the peak of Gemiler Island where he was also believed to have been entombed.) 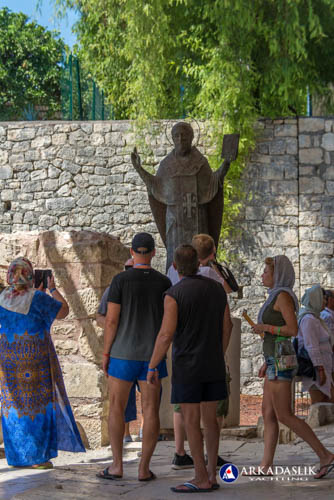 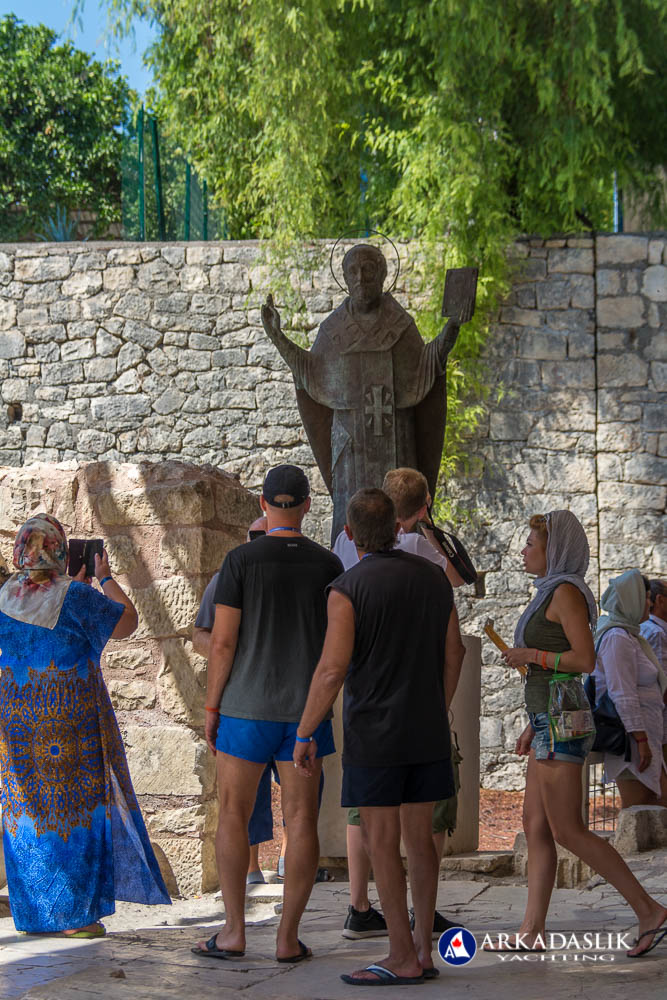 Back in the 4th century, there wasn't a formal process for beatification of saints. The local bishop made such decisions based on the piety of life of the person in question, and the saint's reputation determined his (or her) area of observance.

Nicholas was recognized as a saint within a few hundred years of his death, and given his connection with sailors and the sea, his reputation quickly spread to ports and harbours around the Mediterranean and into Europe. Nowadays, although he is considered a minor saint by the Catholic church, St. Nicholas' name is widely recognized and he is considered the patron saint of almost everyone!

His feast day is celebrated on December 6, the anniversary of his death. 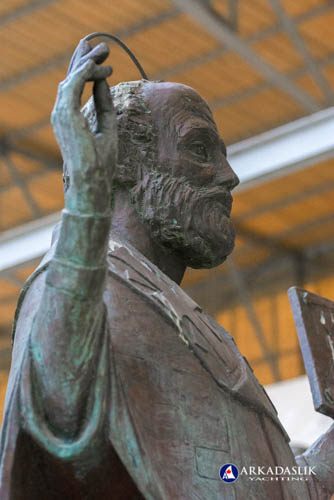 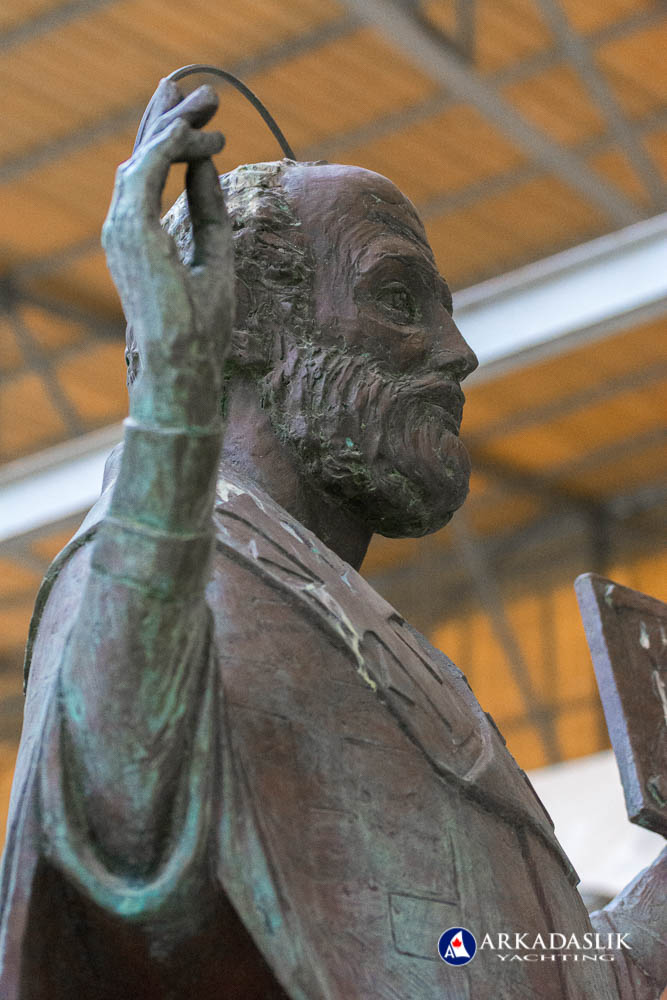 Evolution From the Bishop of Myra to Santa Claus

Based on the bones in Bari, forensic scientists have recreated his likeness – estimating Nicholas of Myra was slender and about 168cm tall, with a broken nose (perhaps a result of his altercation at the Council of Nicaea?) and arthritis in his spine and pelvis, who died at around 70 years of age of natural causes. And iconographically, he is depicted as a slim elderly man with dark skin, fluffy white beard, and bald head. 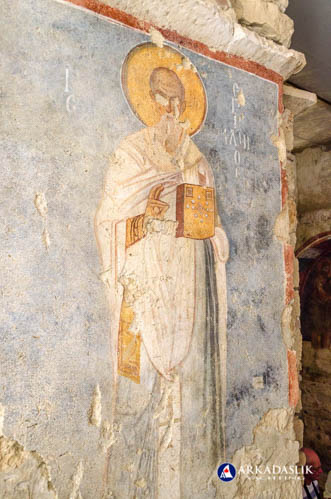 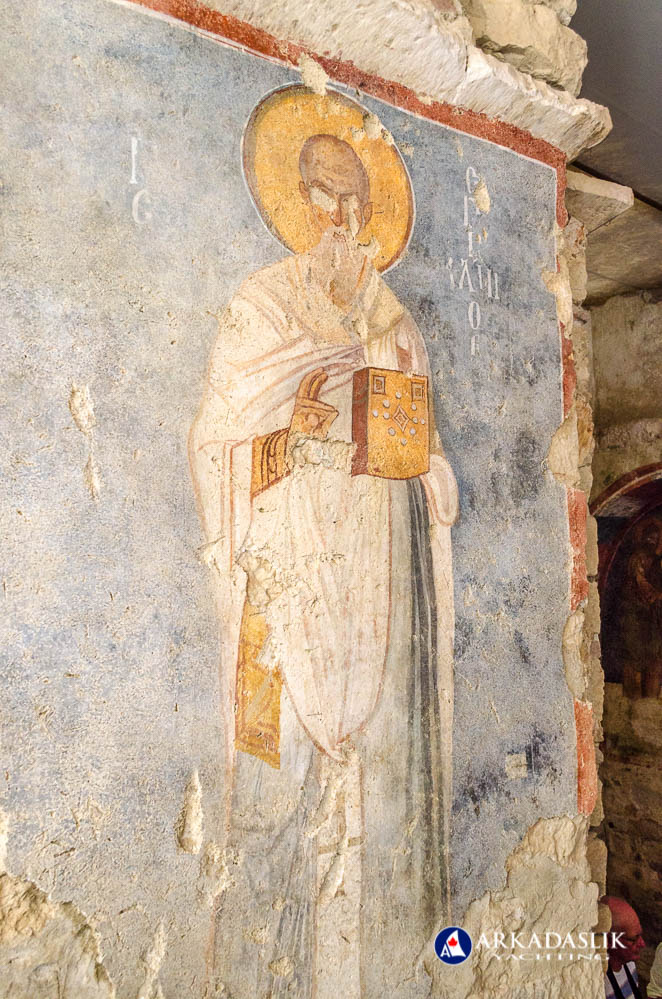 So how did the man who was once bishop of Myra, a town located on the southern coast of Turkey, evolve into the chubby, red-suited man people around the world recognize as Santa Claus?

At the turn of the 12th century, nuns started secret gift-giving to needy children on the feast day of St. Nicholas (December 6) to honour his acts of charity and generosity. Families adopted the tradition, leaving small, secret gifts in their children's shoes each year on the saint's feast day. 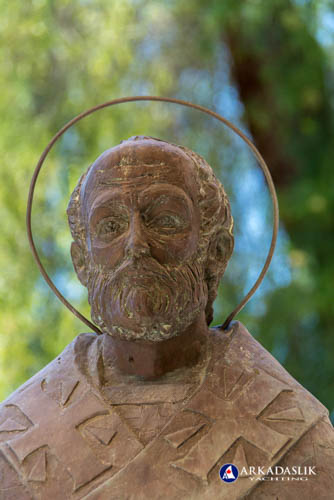 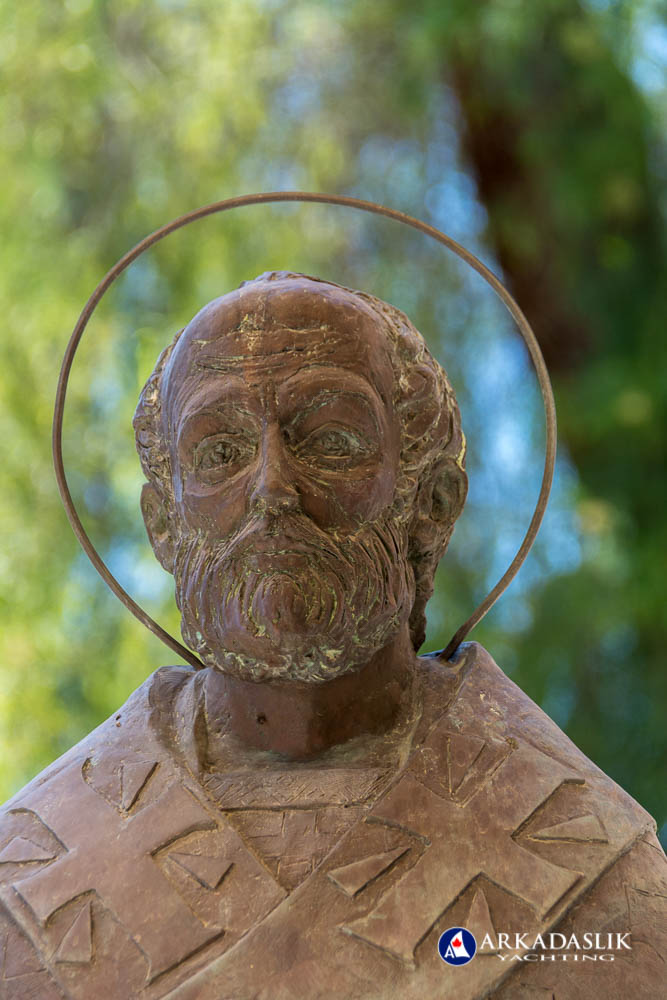 It is believed that the Dutch are responsible for bringing the custom of celebrating the feast of St. Nicholas (Sinterklaas) to North America in the 17th century, where the celebration merged with Nordic folktales of Krampus, a mythic creature who punished naughty children. And then marketing efforts by Coca-Cola shaped the image of St. Nicholas into a non-religious, magical gift-giver, dressed in a red fur suit, and transported in a sleigh pulled by reindeer.

His body may not have translated perfectly, but his spirit of charity, kindness and reputation for secret gift-giving definitely did! 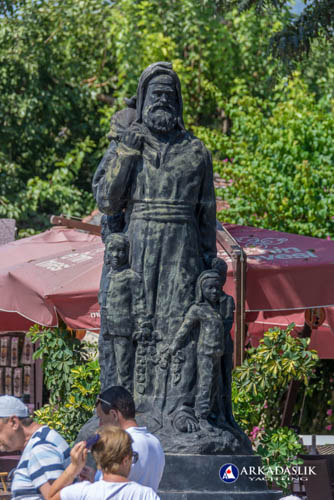 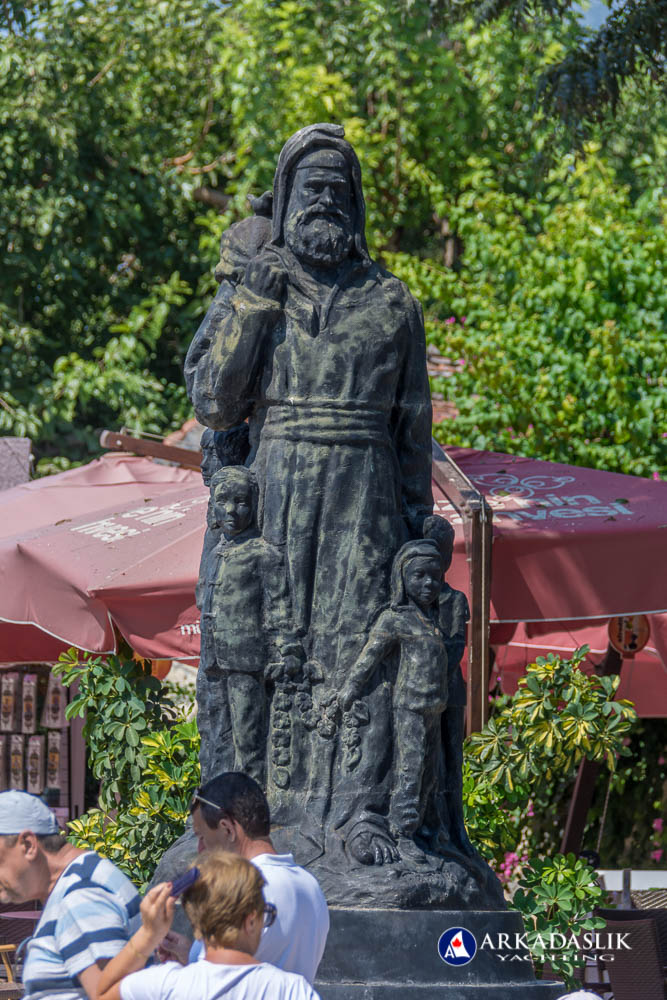 The Spirit of St. Nick Lives On

From the humble beginnings of a baby born in a seaside city in Turkey to the beloved character of modern-day Santa Claus, it is difficult to separate fact from fiction in the life of St. Nicholas. But his spirit of charity, kindness and generosity live on to this day – especially during the Christmas season. 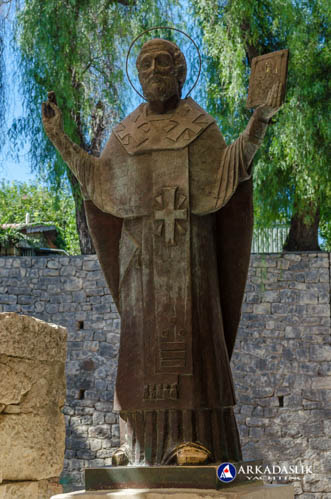 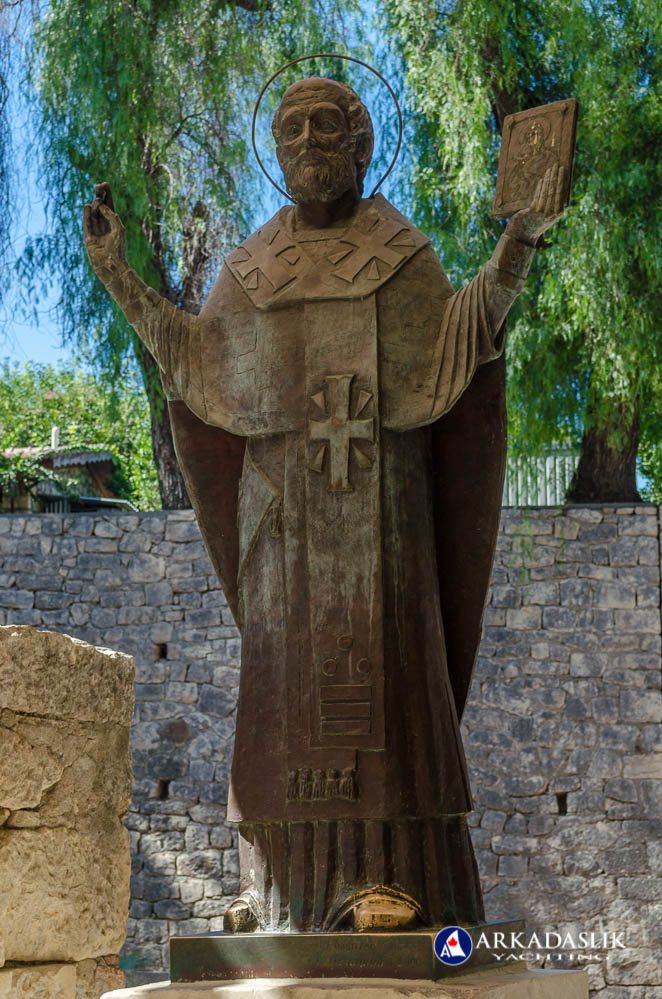 Sources Accessed for this Article