Named for ruins of an ancient citadel on the tip of the peninsula, Bozukkale is a bit off the beaten path, but well-worth a visit if you enjoy history and nature.


Visits to Bozukkale can be included on longer cruises, such as trips to the Greek islands or those along the rugged Carian coast.

Bozukkale: The History and Ruins

On a remote stretch of coastline on the southern tip of the Bozburun peninsula lies the remains of an ancient citadel referred to as Bozukkale – which is Turkish for "broken castle".

Back when the castle was built (probably around 700 BC), the fortress was home to a formidable navy base. Part of the navy's job was to prevent enemies from gathering in the large natural harbour formed by the peninsula before or after attacking the nearby island of Rhodes. (On a clear day, you can see the Greek islands of Rhodes, Halki, Alimia, and Symi from the top of the castle walls.)

The stronghold, which is still recognizable, was 334 meters long, 36 metres wide, and had hand-hewn, stone block walls that were over 2 meters thick. Look-out towers (either 9 or 11, experts seem to disagree) were built along the walls, allowing soldiers to monitor approaching vessels from great distances. As large as it was, the bastion easily blended into the barren and rocky landscape. Minimal restoration work has been done, but it's still easy to appreciate the craftsmanship and effort that went into building this massive stone castle.

The city of ancient Loryma was located nearby, on the flat hill on the northern end of the bay. Once a settlement of about 50 small homes, Loryma was an important religious center in ancient Caria. Occasional ruins and artefacts can still be seen, but minimal archaeological research or restoration has been conducted on the ancient settlement and Mother Nature has reclaimed the area as her own.

Nowadays, Bozukkale is a popular yachting anchorage known for its peaceful, sheltered harbour and exceptionally clean water. The bay is home to some of the largest Sea Turtles we've ever seen, and it's not uncommon to spot dolphins along this stretch of the Carian coast. Located around 35km (by boat) from the coastal resort towns of Marmaris and Datça, it is a little too far for visits by daily boat tours, so Bozukkale retains a quiet and peaceful atmosphere throughout the season.

Besides a couple of sail-up restaurants which have established themselves along the water's edge for "yachties" who want a break for their on-board galleys, there are no services or roads in to the area. It is only accessible by sea. (Technically, Bozukkale is also accessible on foot or by bicycle because Turkey's Carian Trail - an 800km walking trail along the coast of Aydin and Muğla provinces - runs through the area. But for the general public, it's a little too far off the beaten path to reach on foot.)

The lack of electricity, limited wi-fi connectivity, and peaceful atmosphere makes Bozukkale an ideal spot to disconnect from the pressures of everyday life, and simply enjoy the here and now.

The Legend of Ekmekçi Burnu

On the sea-side of the ruined castle at Bozukkale is a stretch of coastline referred to as "Ekmekçi Burnu" by local boaters. Legend says that a young sailor once perished on the rocky shore after a storm capsized his fishing boat. Modern-day travellers toss bread ("ekmek" in Turkish) into the sea and give a prayer of thanks when passing the peninsula ("burnu" in Turkish) – to appease the powers that be, and avoid a similar fate. 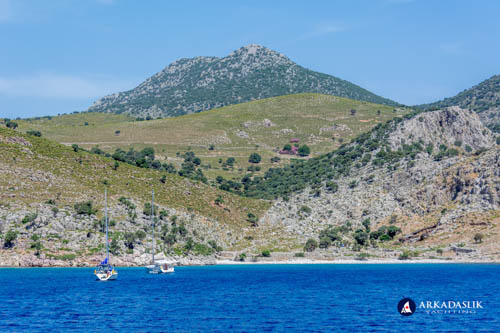 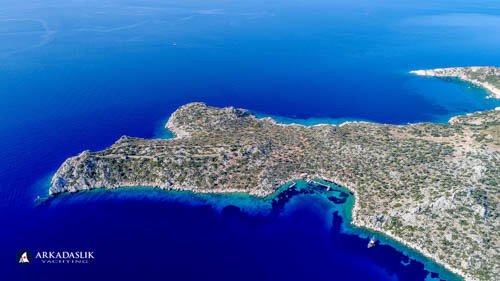 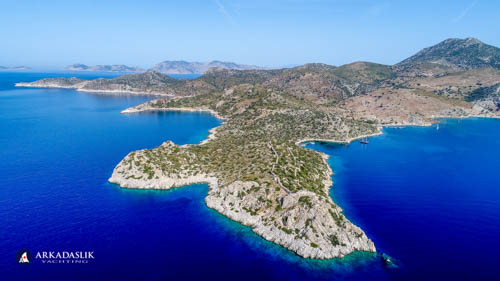 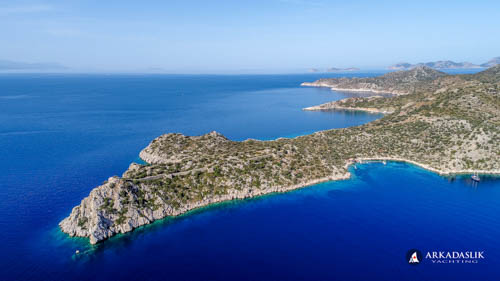 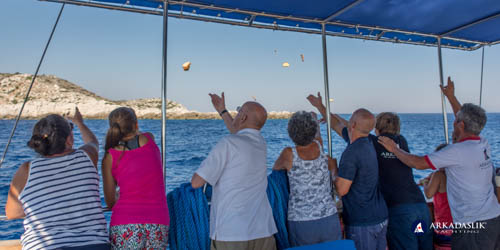 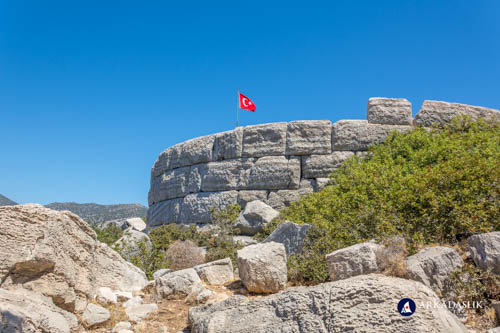 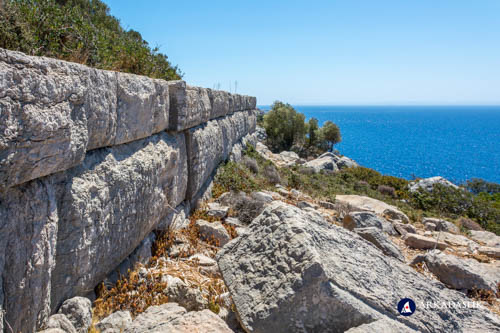 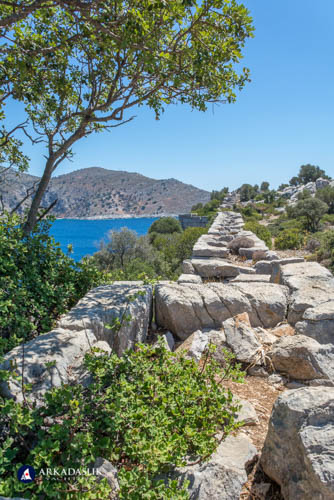 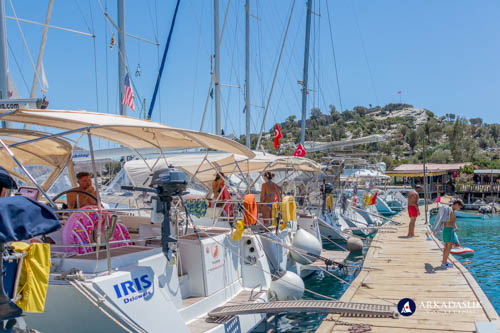 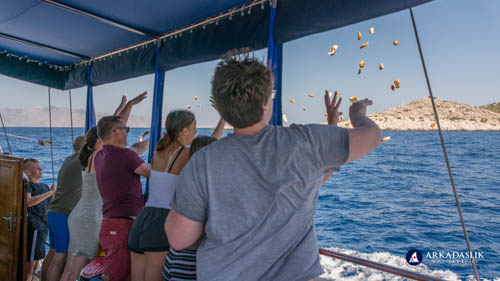 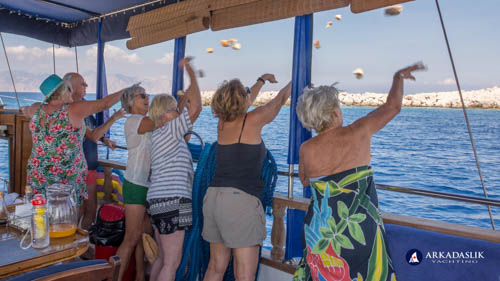 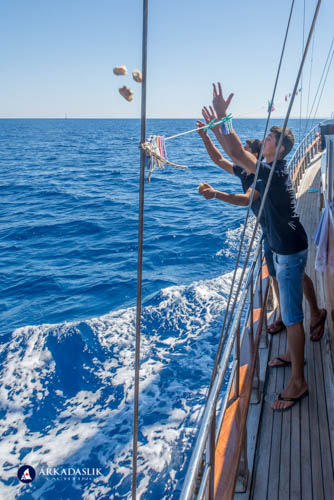 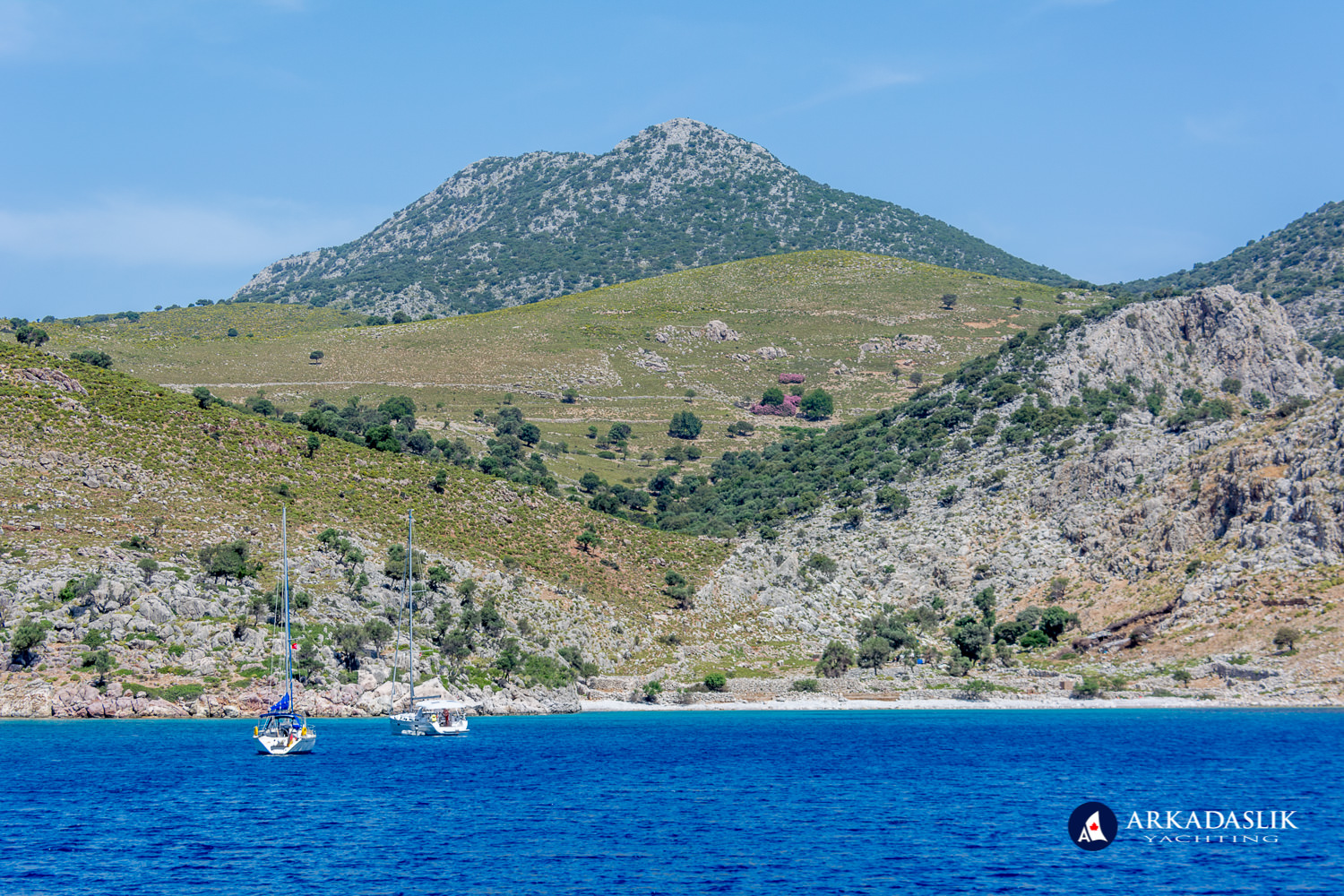 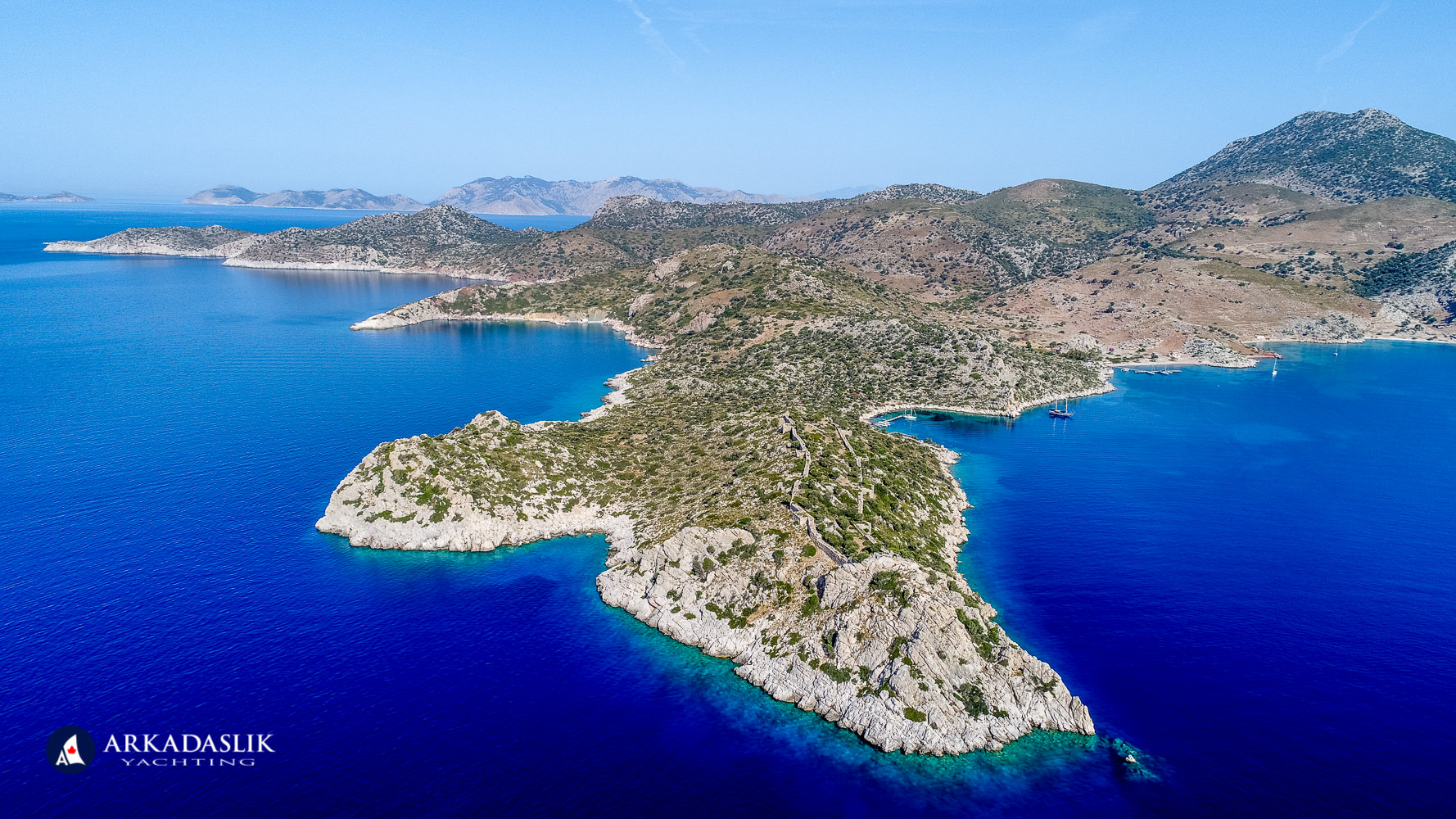 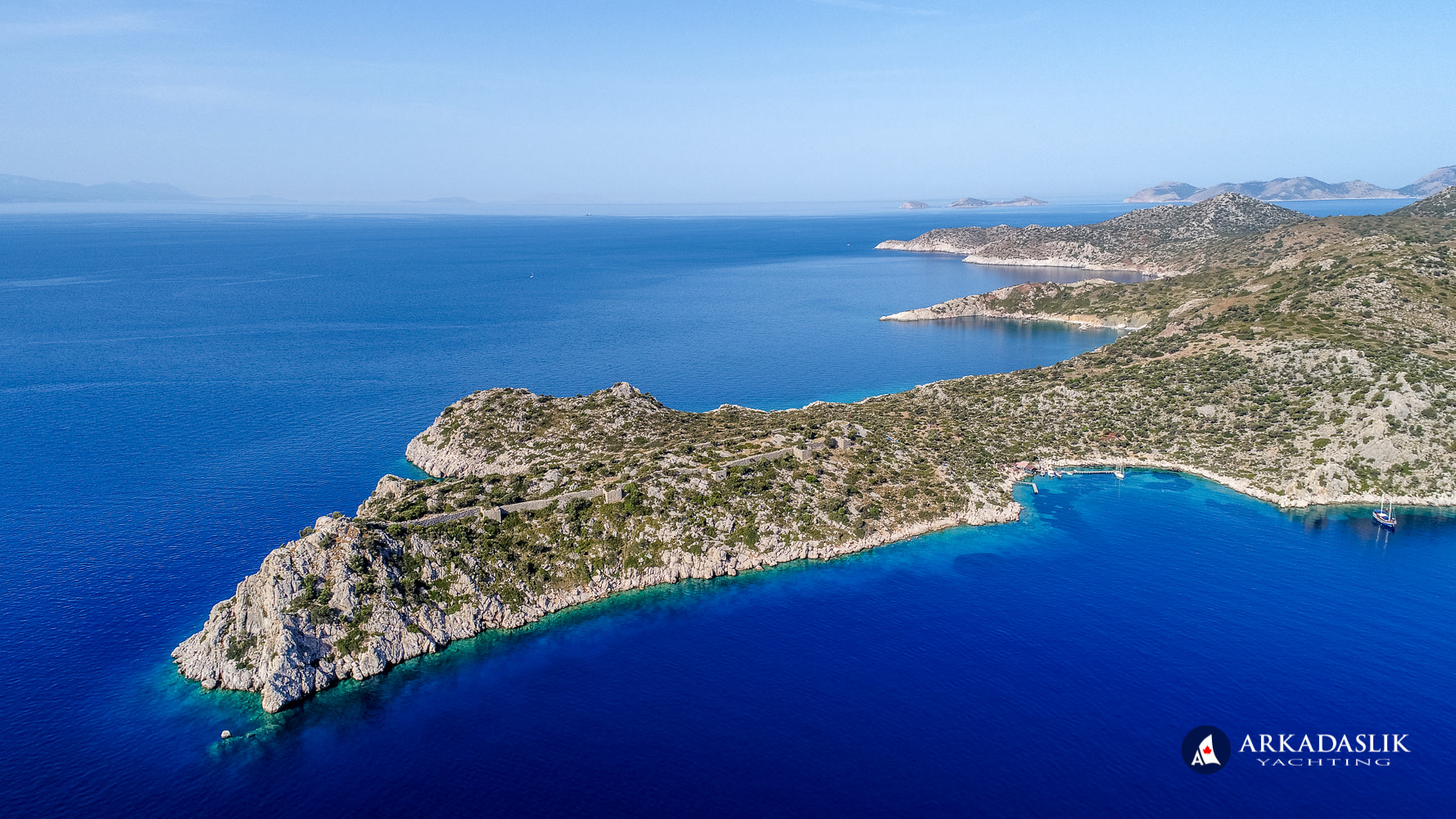 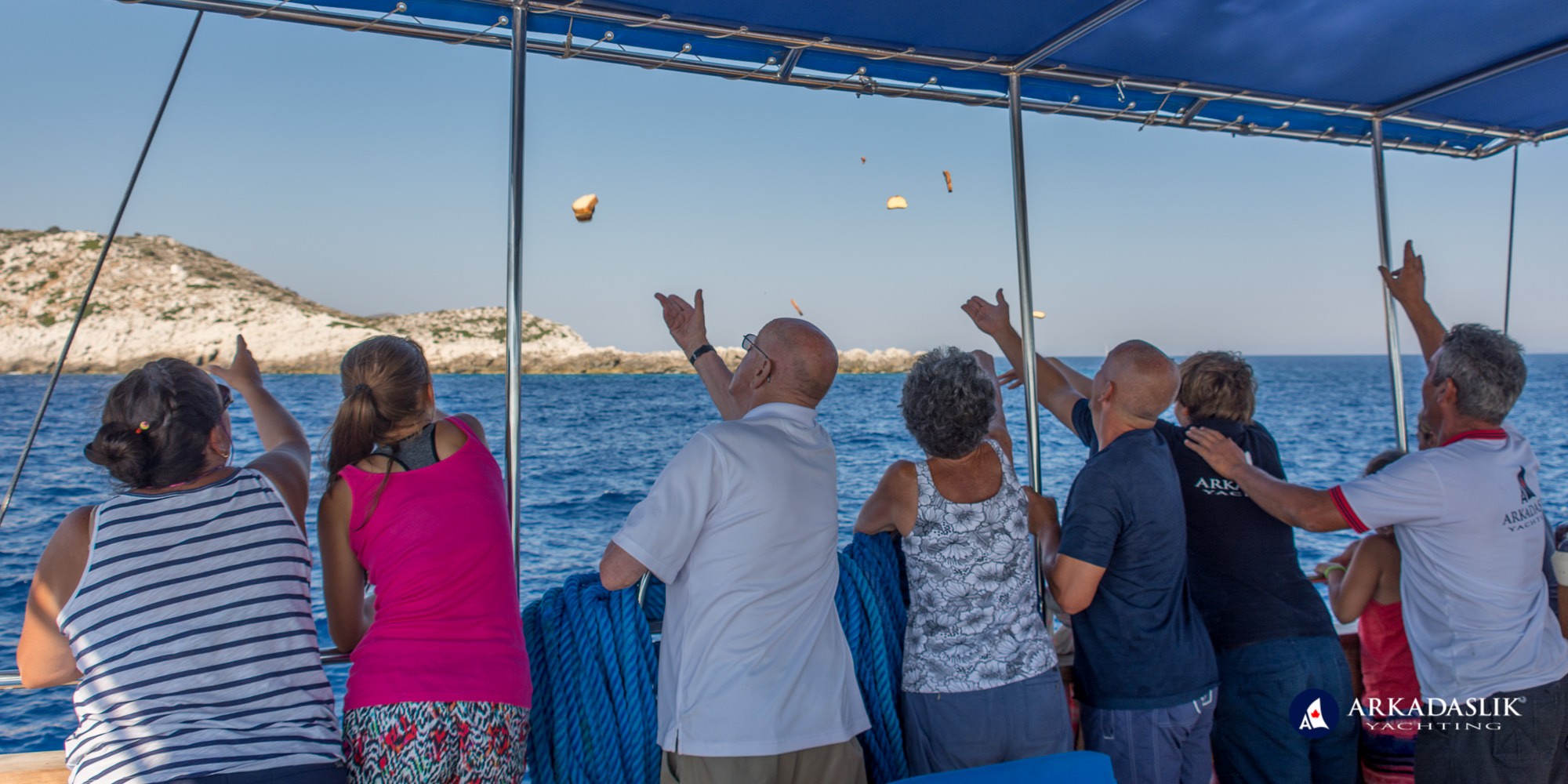 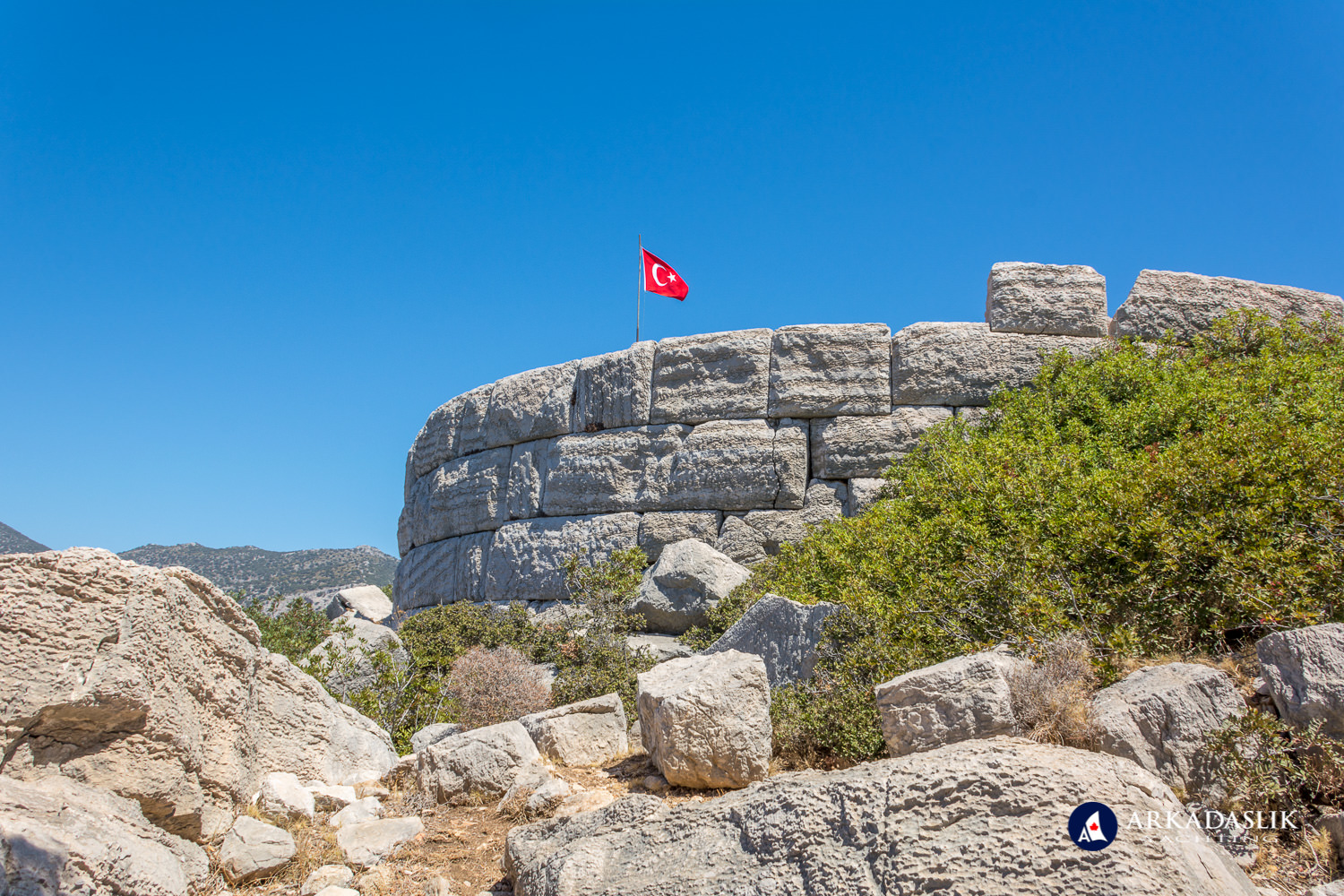 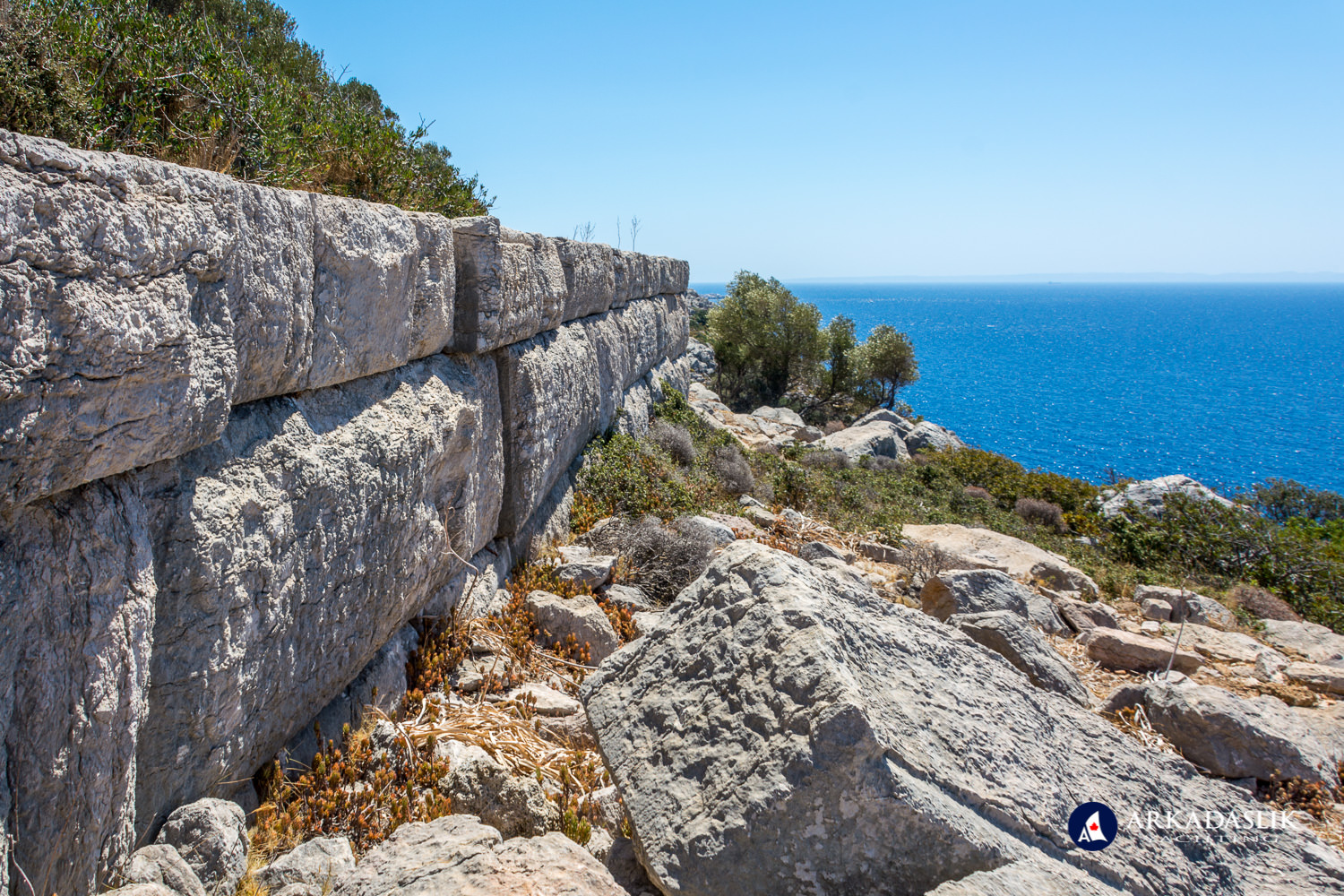 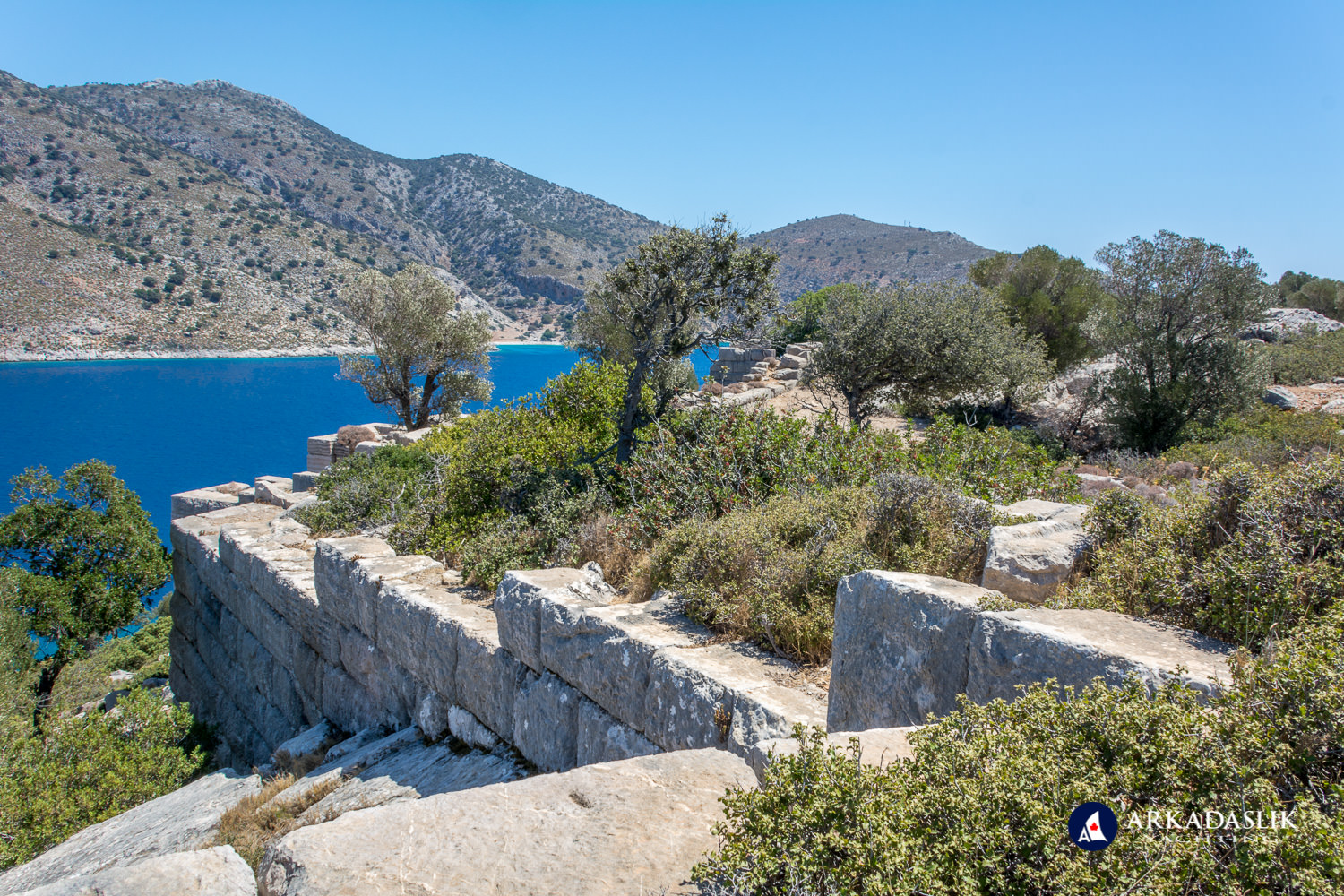 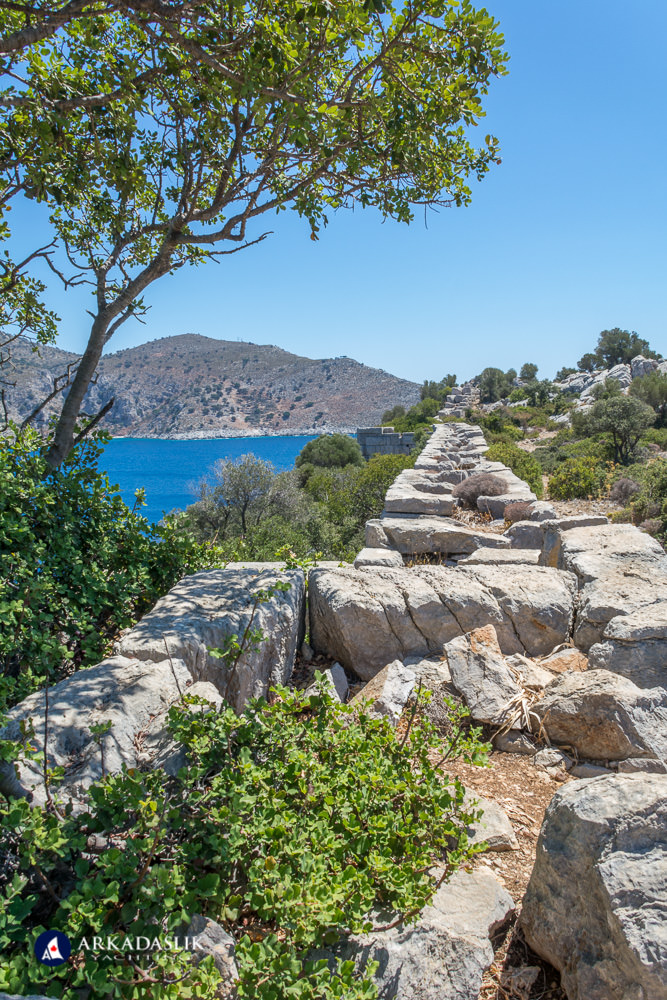 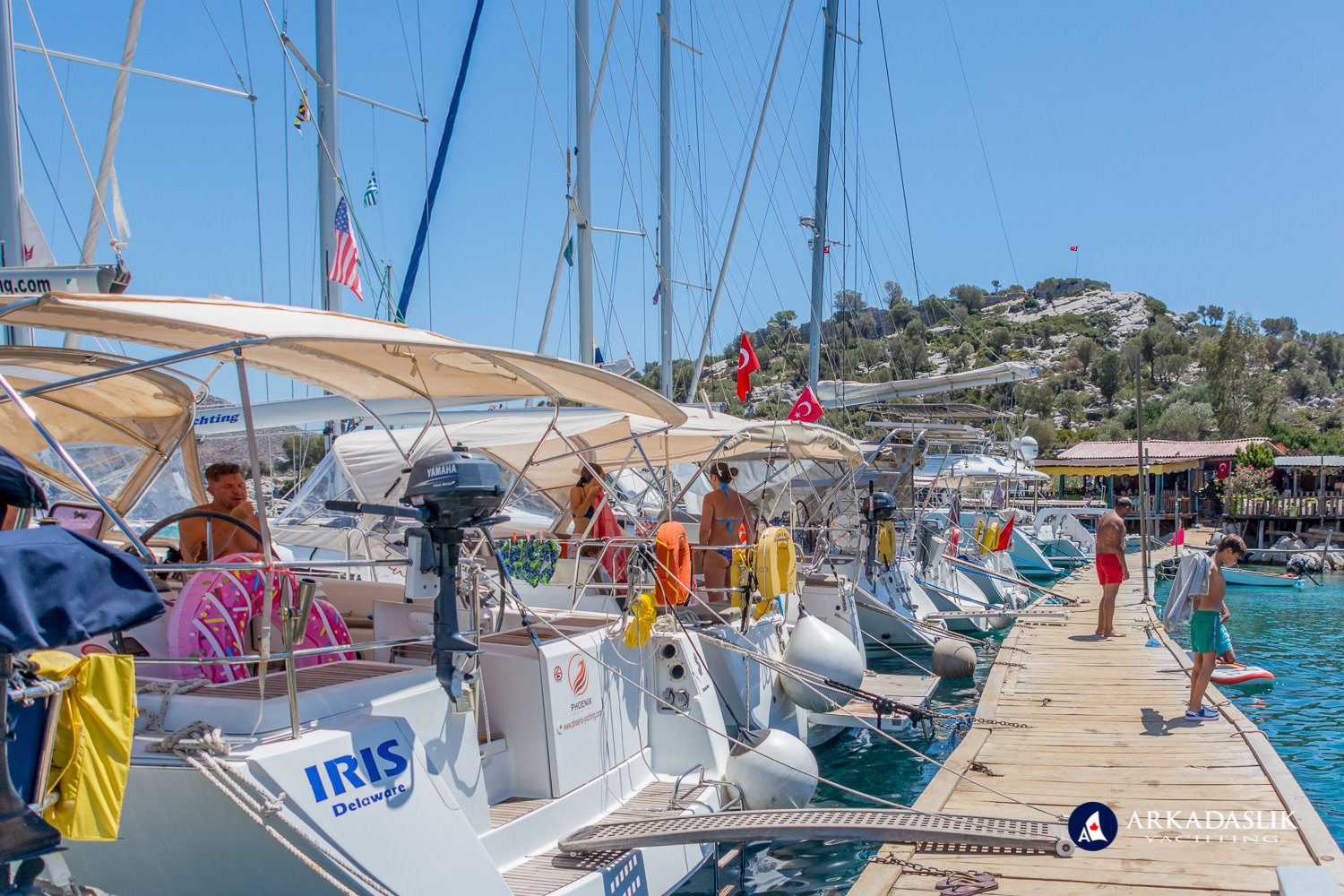 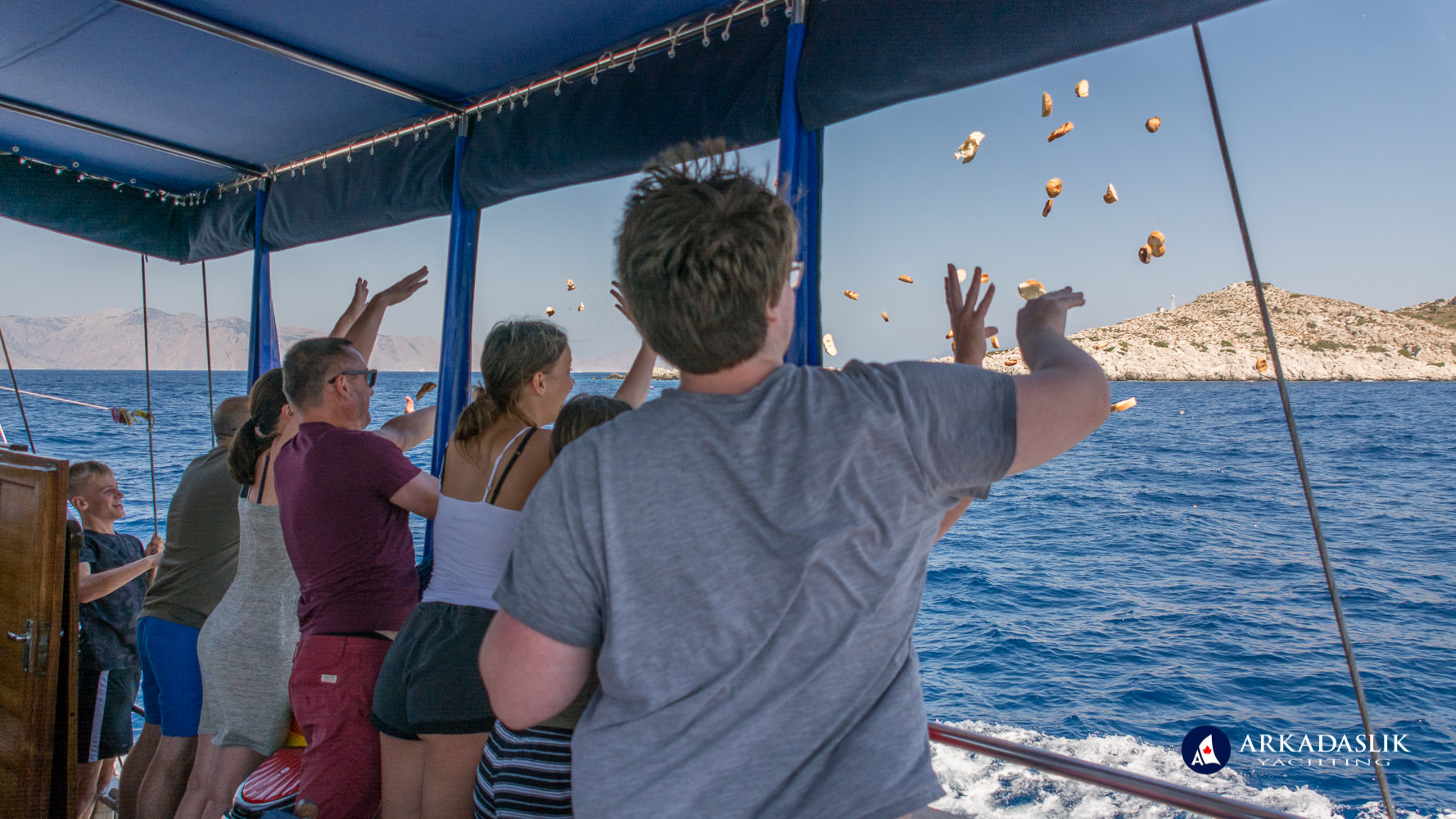 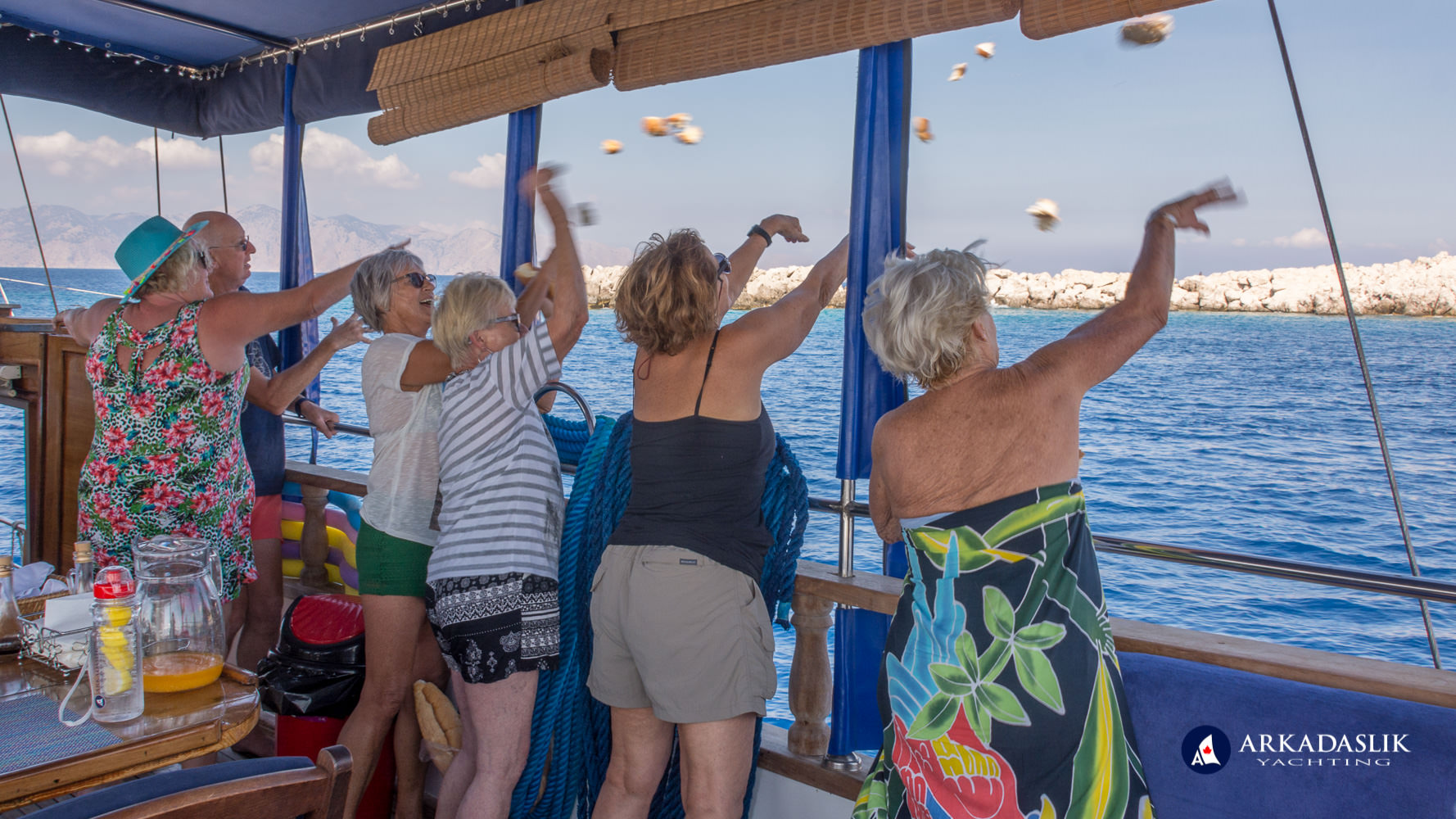 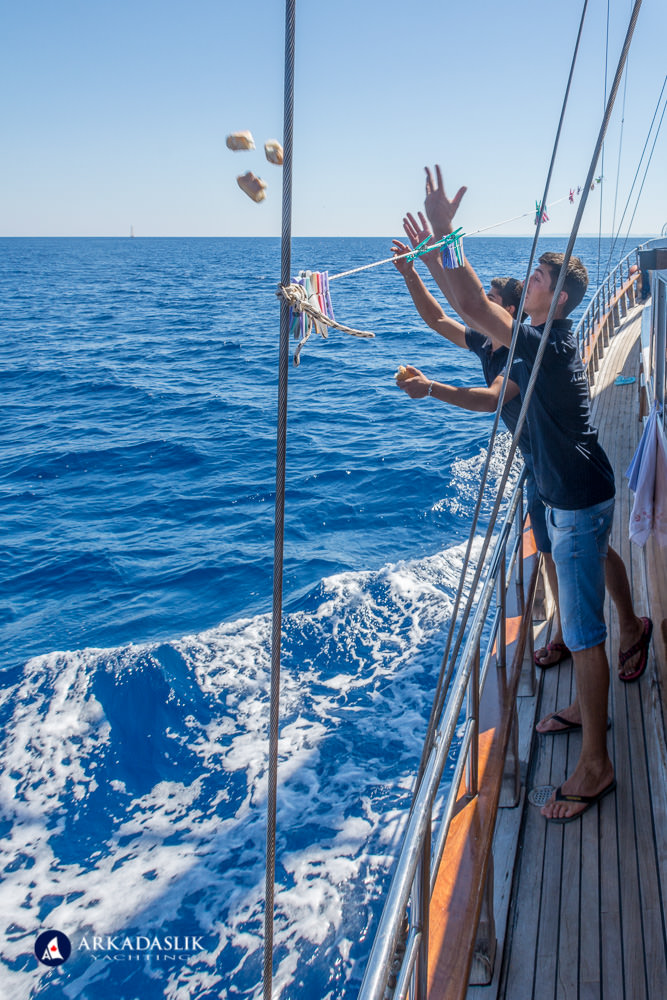 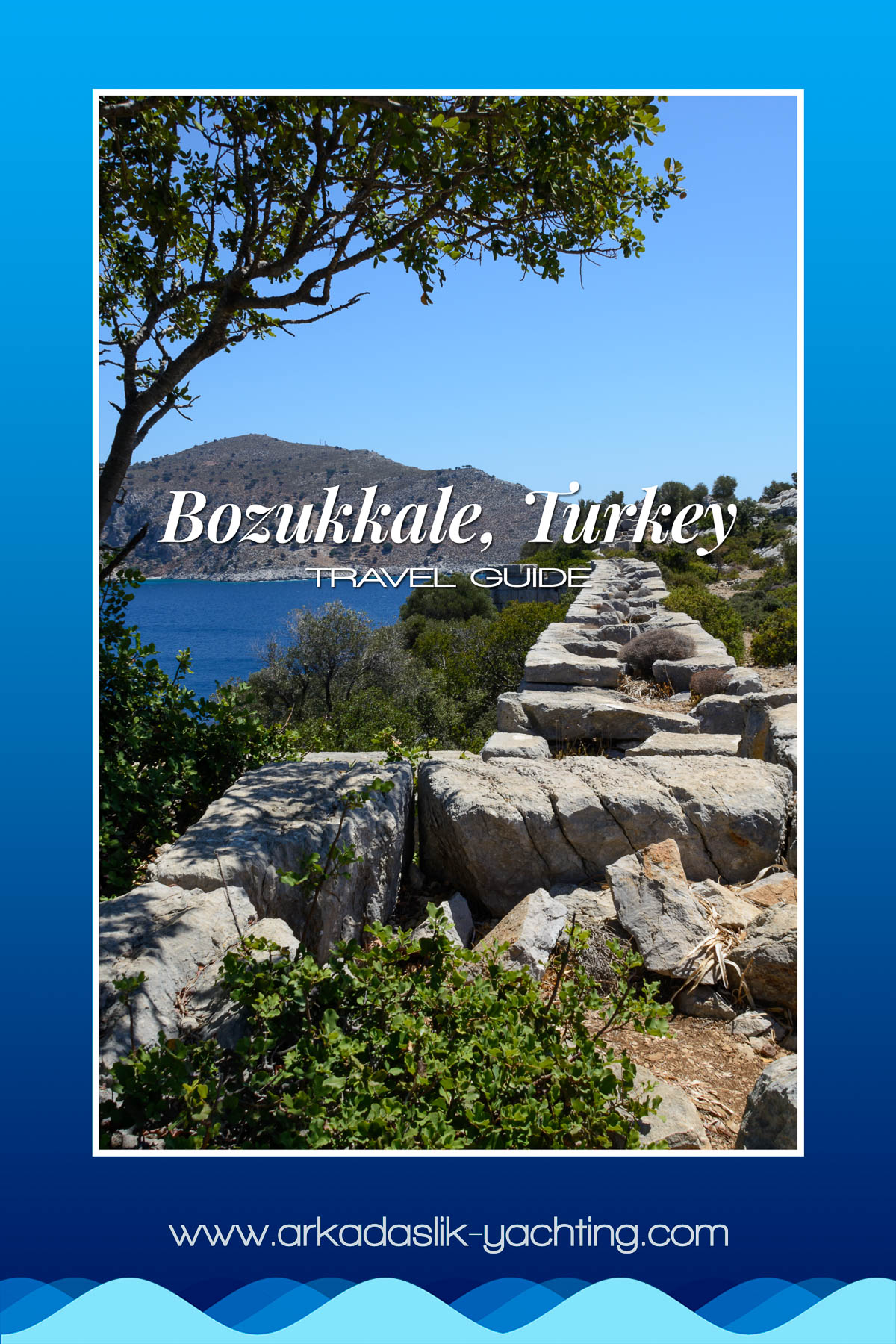